The Pregnancy ICD 10 code belong to the Chapter 15 – Pregnancy, Childbirth, and the Puerperium of the ICD-10-CM and these codes take sequencing priority over all the other chapter codes.

Coding for Pregnancy is sometimes difficult as there are multiple factors that need to be taken into consideration like the trimester, fetus identification, whether it is a high risk pregnancy or a normal pregnancy and other additional code like the code for the weeks of gestation from chapter 22.

A clear documentation with all the above necessary information and an understanding of the coding guidelines will make the coding much easier and accurate.

General rules to be followed while coding pregnancy ICD 10 visits-

Chapter 15 codes are very extensive. The categories, their descriptions and some of the conditions included under the codes have been given below-

A pregnancy is considered high-risk if the woman is-

A high-risk pregnancy is a threat to the health and the life of the mother and the fetus. 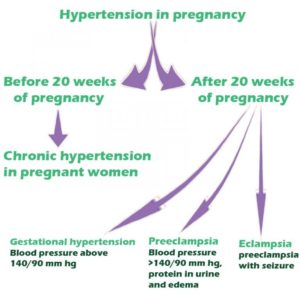 The conditions under this category range include- 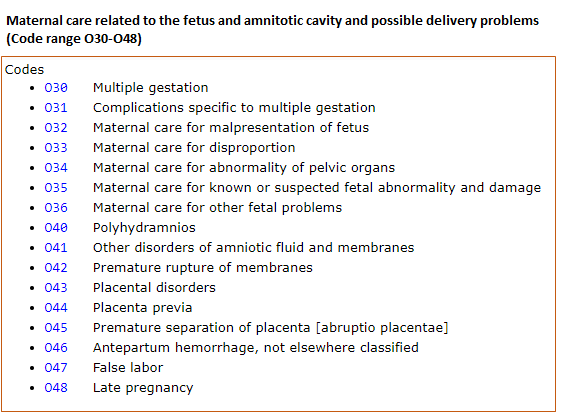 Additional codes for the complications need to be coded.

Unstable lie- When the fetal lie and presentation repeatedly varies between longitudinal, transverse and oblique presentations.

Compound presentation- When an arm or sometimes a foot, lies alongside the presenting part which is the head. 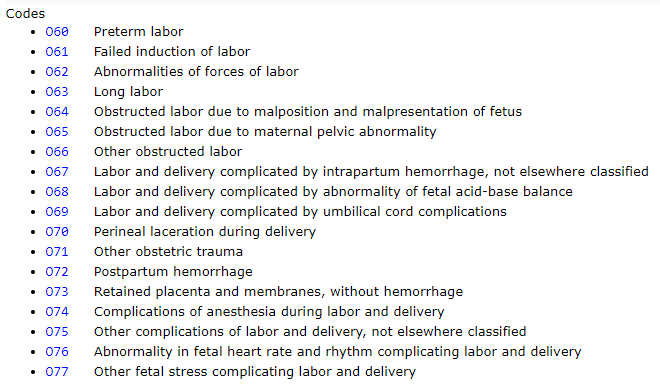 Note: An additional code for the organisms causing the infection needs to be coded.

Note: Codes from chapter 1 should be coded to identify specific infectious and parasitic diseases.

Some of the conditions included are-