Diabetes is one of the most prevalent chronic conditions affecting around 463 million people across the world. This makes it one of the most frequently coded diagnosis. The two categories of Diabetes are Diabetes mellitus and Diabetes insipidus.

Diabetes mellitus arises due to the body’s inability to produce enough insulin to regulate the blood glucose or the inability to effectively use the produced insulin.

Diabetes mellitus can be categorized into

Type 1 Diabetes mellitus is also known as Juvenile Diabetes or Insulin dependent Diabetes (IDDM). It is called “Juvenile” as this form of Diabetes appears before 18 years of age. IDDM is an autoimmune disease caused because of selective destruction of the insulin producing Beta cells of the pancreas which leads to little or no production of insulin.

The Diabetes ICD 10 Codes are found in Chapter 4, Endocrine, Nutritional and Metabolic diseases. Diabetes mellitus ICD 10 Codes may be single or combination codes which includes the following-

The diabetic condition needs to be completely coded using as many codes as required to describe all the associated complications. 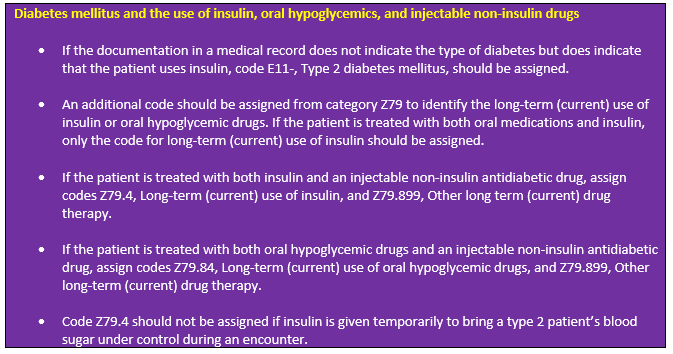 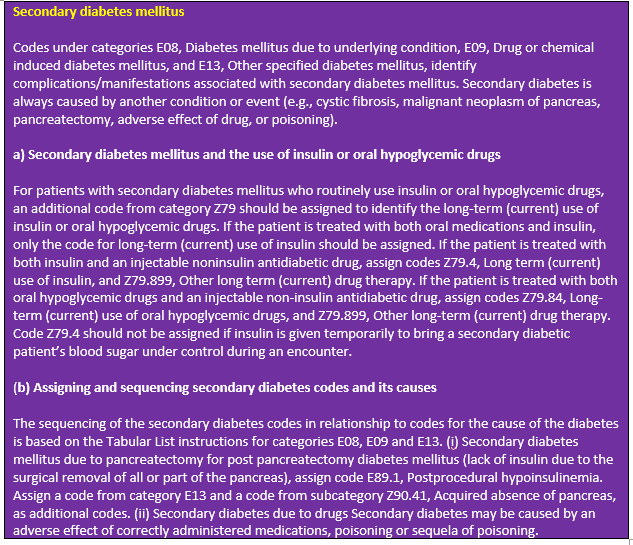 Chronic diabetes mellitus leads to many complications like ketoacidosis, chronic kidney disease, peripheral neuropathies, diabetic retinopathy, diabetic cataract and other skin complications. These must be accurately coded choosing the appropriate category, complication code and additional codes from other chapters, specifying the complication. The default category for unspecified Diabetes mellitus is Type 2. 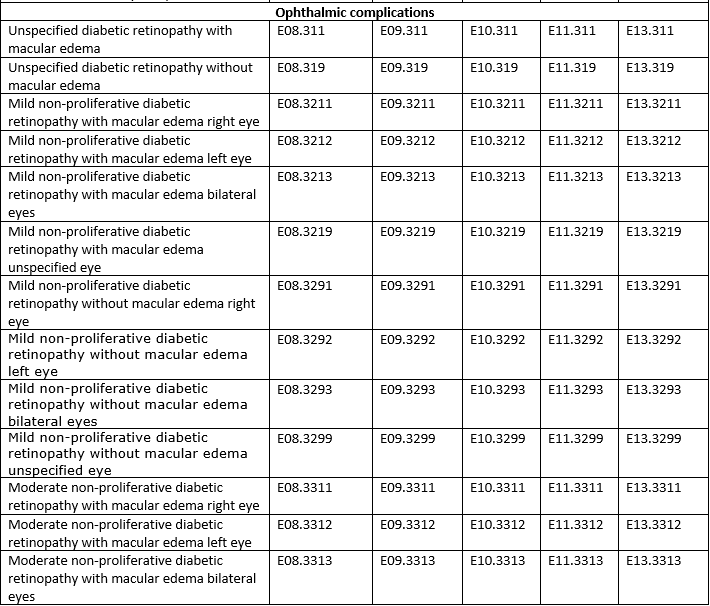 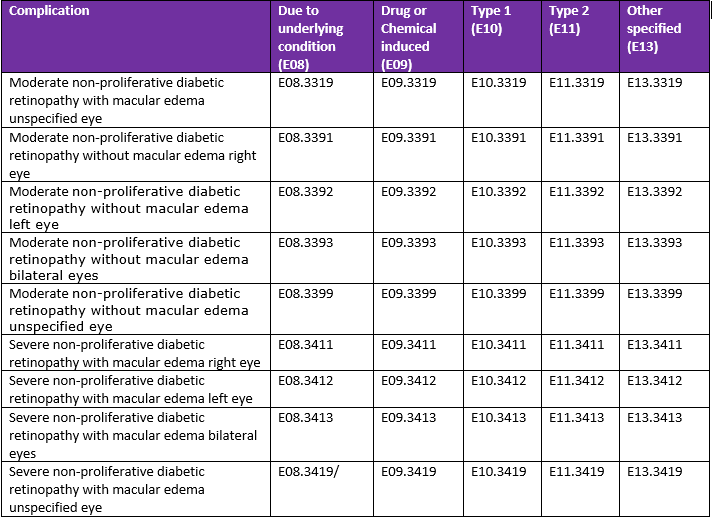 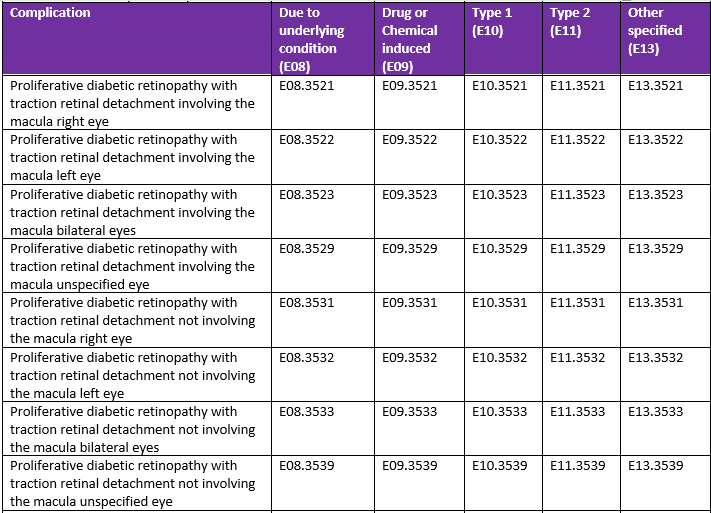 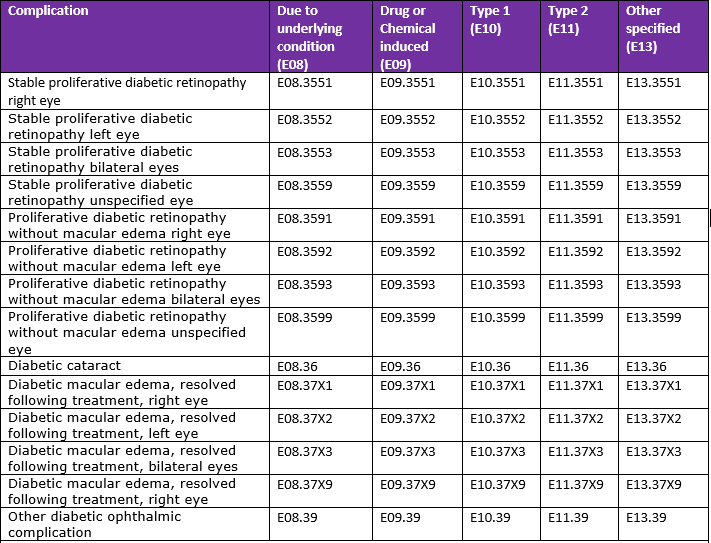 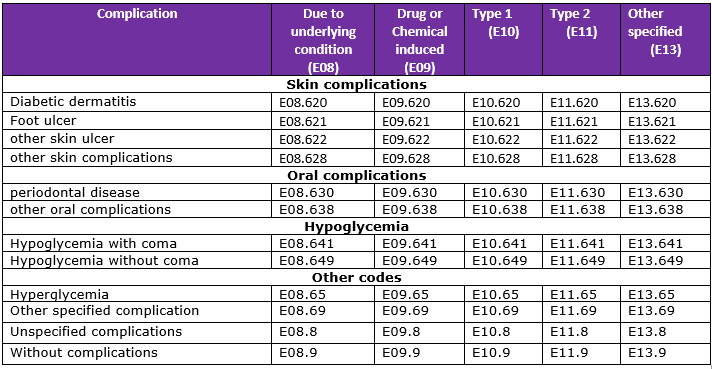 Diabetes insipidus is a rare disorder of fluid metabolism in the body characterized by intense thirst and heavy urination. Deficiency of the hormone ADH produced by the hypothalamus and stored in the posterior pituitary causes this condition.